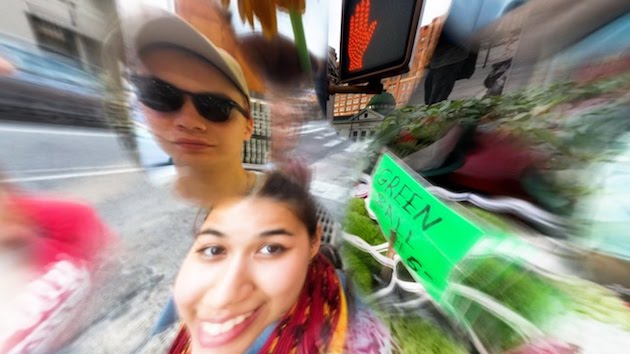 Virtual reality is a major focus for a lot of companies, including Google, and now itÂ found a way to smash it together with taking photos.

The new camera app is called Sprayscape, and it’s a product forÂ Android Experiments, the programÂ Google launched last year. The newÂ app uses a combination of your Android phone’s camera and the gyroscope to “paint” onto a 360-degree sphere canvas. Touching the display will spray onto the canvas, and users canÂ move the phone around to capture more of their environment as they see fit. Those images will be placed on top of one another.

It’s better to see how it looks in action, so here’s a video:

Once you’ve taken a VR-ish photo with Sprayscape, you’ll be able to share it either through a link in a text message or through social media platforms. Google Cardboard is also supported, so if you want anÂ immersiveÂ experience, strap a Cardboard viewer onto your face.

Sprayscape is available now and it’s free to download.