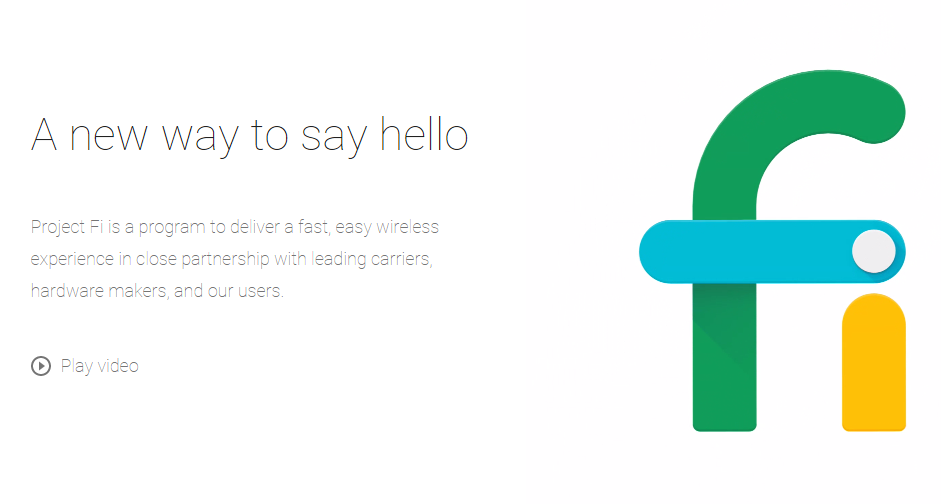 Just as rumors pointed to, Google has announced its own MVNO, Project Fi. Project Fi is Google’s new service that aims to change the wireless market and provide a better experience for customers. The major selling point of Project Fi is that customers pay only for the data that they use. $30/month grants access to the basics of talk, text, Wi-Fi tethering and international coverage. From there, it’s a flat rate of $10 for 1GB of data. You can choose an amount at the beginning of the month and if you go over, you’ll simply be charged another $10 for every 1GB you use. If you’re under the data amount that you paid for, Google will refund you the difference, with $1 for every 1/10 of a GB.

Google is launching the service in conjunction with T-Mobile and Sprint, which leads us to the second feature of Project Fi. Google has developed new technology that will allow your device to switch intelligently between Sprint, T-Mobile and Wi-Fi for the best speed and coverage in any area. The best part is that the transition will be seamless, so if you’re on a call and transition from Wi-Fi to Sprint’s network, the call won’t drop.

Finally, Project Fi allows your phone number to “live in the cloud.” While it’s not entirely clear how all of it works, it seems as though Google is relying on its technology from Google Voice and Hangouts to allow customers to send texts and place calls from their computer or tablet, even when they don’t have their phone.

Excited for Project Fi? There are a couple caveats. First of all, Project Fi will only work with the Nexus 6, at least for now. It’s the only smartphone that currently has the hardware and software to support the service’s features, and it also allows Google to better monitor the service, as the company knows the Nexus 6 backwards and forwards. The second is that Project Fi will be available as an invite-only Early Access Program. If you’d like to sign up, you can do so here. Google will be sending out a small number of invites each beginning this week. Again, you’ll need to have a Nexus 6 or be willing to purchase one if you want to become a part of Project Fi.