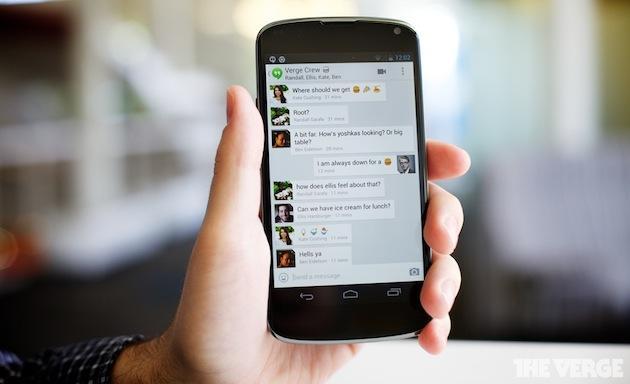 Late last night, Google announced Duo, its latest communication app that offers simple one-to-one video calling. With the launch of Duo and the upcoming release of Allo, Google’s AI-driven messaging service, there’s been a bit of speculation as to what will happen to Hangouts. The messaging hub hasn’t taken off in quite the way that Google hoped for, largely because of older, stronger competition. Now, Google is providing a bit of insight as to the path ahead for Hangouts.

While Allo and Duo are geared directly at everyday users, Hangouts will receive a bit of shift in its game plan, according to Nick Fox, Google’s VP of Communication Products. Fox spoke to Engadget and said that Hangouts will “increasingly focus” on enterprise and business customers, where the service has seen its greatest success. Thanks to its rich feature set, Hangouts is able to offer a number of specific benefits that assist collaboration and increase productivity. These include integration with Google apps and the ability to call, message, or even hold video calls with multiple participants.

Another key difference for Hangouts is that it will still exist in the web space, allowing customers to use Hangouts to chat when using Gmail in a browser. Allo and Duo, however, are entirely mobile, and Google has no plans to create web counterparts for them. With the biggest market now in mobile, it stands to reason that Google is concentrating its efforts there. The real question is whether or not the move comes too late for Google to make a real impact.

Google is facing stiff competition in a world where Facebook Messenger, iMessage and Snapchat dominate the mobile messaging scene. While Allo and Duo both have interesting selling points, it’s not a sure bet that either one will be able to rally customers. Only time will tell if Google’s new apps have what it takes to compete in the mobile messaging game.