Google Clock now available to download from the Play Store 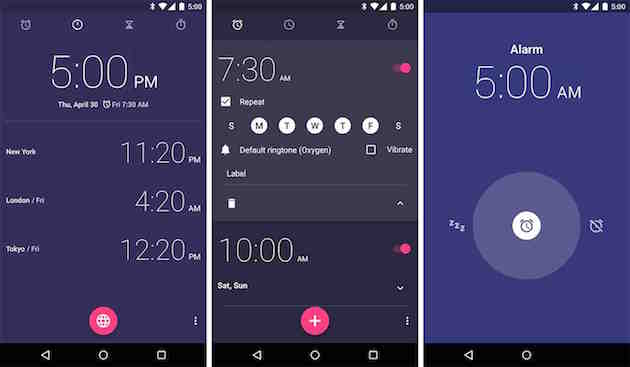 One of the standard built-in apps is a clock, allowing smartphone owners to check the time, run timers, sometimes look at a world clock, and set alarms. But for anyone that may not be a fan of their built-inÂ clock app, Google has an option.

Google recently launched its Clock app into the Play Store, adding to the company’sÂ seemingly ever-increasing pantheon of apps available for its mobile operating system. With the Clock app, users will be able to do all of the regular things that they’d expect, like run a stopwatch, set an alarm or timers, and even check out the time all over the world. As one might expect, and can see from the included image, the Clock app is heavy with Material Design.

Google says that the Clock app requires the device to be running Android 4.4 or higher, and it weighs in at 6.6MB. It’s a free download, and a link to the new Clock app is available below.