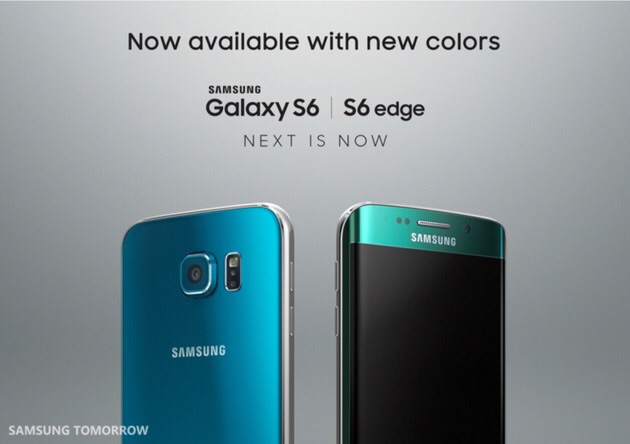 While it isn’t the panoply of color and texture options offered by Motorola, let it not be said that Samsung denies its customers options. The current White Pearl, Black Sapphire and Gold Platinum Galaxy S6 and Galaxy S6 edge options are being bolstered by one for each device.

The Galaxy S6 picks up Blue Topaz, which Samsung describes as a “vibrant, expressive and distinctive color,” and I would be hard pressed to argue with them. It’s certainly going to stand out from the crowd, so it’s definitely worth considering if you like to draw attention to your phone. Samsung even brought in a psychologist to weigh in on the Blue Topaz color, and she believes this color will attract consumers that are “self-confident, fastidious, discriminating, sensitive, exacting, and intuitive,” so I guess if that’s you, head out and pick one up immediately.

The new option for the Galaxy S6 edge is no less bold: Green Emerald looks like it was hijacked from the land of Oz. The psychologist diagnosed future Green Emerald owners as “balanced, loyal, hard-working, honest, benevolent and concerned for others,” so go ahead and buy one before you hurt her feelings.

While we know the new colors are launching now, we are following up with Samsung onÂ the exact where and when they’ll be available.

Were any of you waiting for one of these more conspicuous color choices before making your Galaxy S6 purchase?