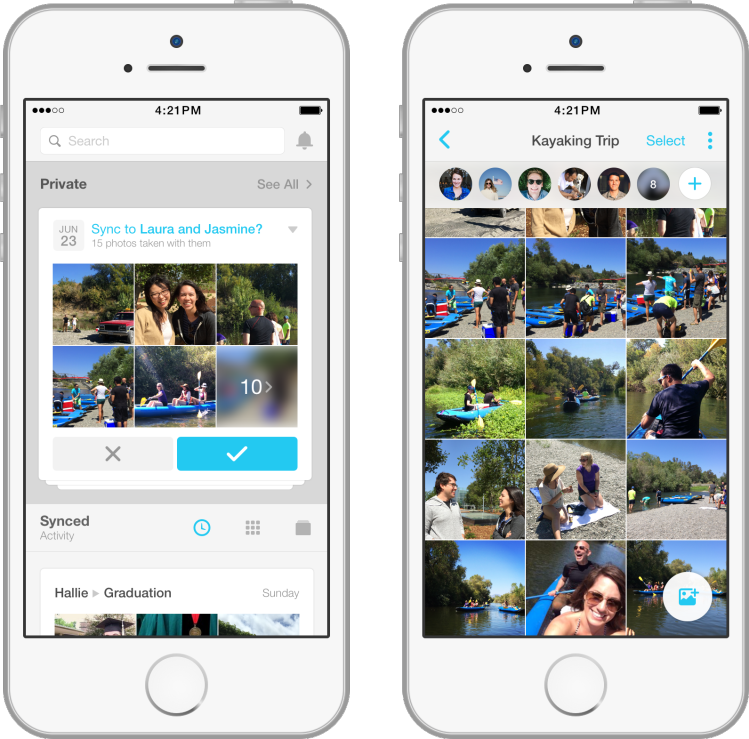 With this new app, which was officially unveiled Facebook’s Newsroom on June 15, users will be able to share photos far more easily with select Facebook users, and do so without sharing them with everyone else on the Facebook feed. With Moments, users will be able to share photos with friends that are in the photos, or even have photos that were taken by friends shared with the user.

Searching is possible within the app, too, letting users find a friend in their uploaded images quickly and easily.

Moments will group photos by when they were taken, and use facial recognition to also put together individuals. Users will be able to sync their photos with friends directly, hopefully making it easier than ever to share what you want, with exactly who you want.

Moments will be launching for Android in the United States sometime today. It’s rolling out to other countries soon.