INTERNATIONAL EDITORIAL .- Although it is known that active users and number of downloads is not the same, the data is not longer useful to give good sample of the interest of consumers.

Facebook has announced that its messaging application Facebook Messenger has exceeded one billion downloads on mobile devices operating under the operating system Android, the highest penetration in the world. 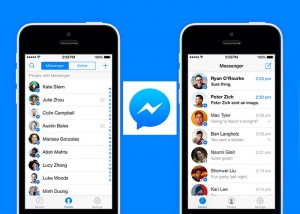 American technology company, founded by Mark Zuckerberg, has managed to break the barrier of one billion downloads, which had previously managed other applications such as WhatsApp, the original Facebook application itself and the services owned by Google such as Gmail, Google Maps and YouTube , a milestone even though, as we say, is not to shock activity. “We are pleased to enter this exclusive club of the more than one million downloads on Android,” said David Marcus, videpresidente by Messenger said in a statement.

Indeed, besides Messenger, Facebook has another messaging application WhatsApp, which it acquired last year in a multimillion-dollar financial transaction worth more than 13 billion euros.

The company already said in April that their chat application has about 600 million active users, while its “sister” over 800 million users worldwide. It was last year when he decided to leave as an independent platform designed to exchange messages. Since then, it has worked hard to incorporate and strengthen with new functionality to the application, which recently added the option to make video calls.