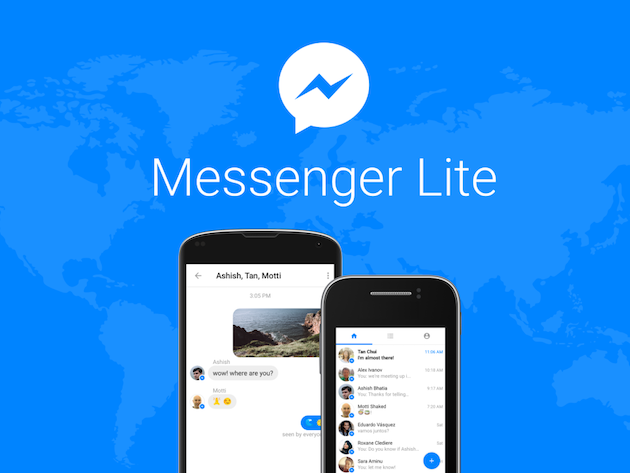 Not everyone has access to a stable, or high-speed data connection, but that doesn’t mean Facebook doesn’t want those folks to access its platform, or features.

That’s where Messenger Lite comes in. FacebookÂ has made the new standalone app official, saying it weighs in at only 10MB but still offers all of the “core features” as the standard Messenger app, including sending stickers, messaging, and sending/receiving photos.

Messenger Lite is a slimmed down version that’s meant for markets that have slower-than-average internet speeds. The new app is available in Malaysia, Sri Lanka, Tunisia, Kenya, and Venezuela out of the gate, and it’s only onÂ Android. Facebook says it will arrive in other countries over the coming months.