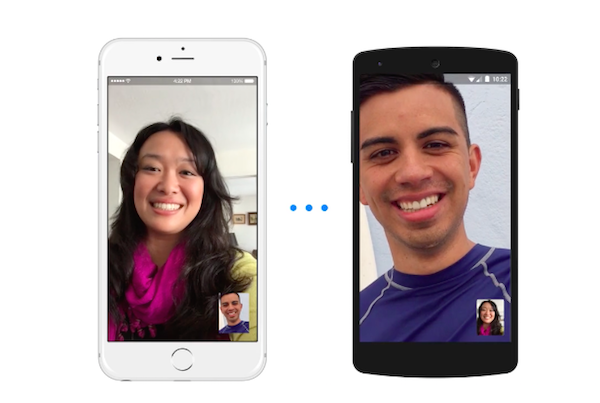 Today, Facebook announced that Messenger is getting a bit more video friendly, as the social networking giant has confirmed that video calling is coming to the app.

The rollout for the next version of Messenger that will support video calling should be rolling out today, according to Facebook. When it arrives, a camera icon at the top of any conversation will initiate a video call, which can then be accepted or denied on the other end through a pretty straightforward interface. Users will be able to make the video calls whether they’re on Wi-Fi or connected to their carrier’s LTE network.

More than that, the video calling feature is cross-platform, so Android users can talk to their friends that own iOS devices, and vice versa.

The update should be rolling out soon, so if you’re excited to video chat all your Facebook contacts, the time is almost upon us.