With the Gear S2, Samsung opened up its smartwatch platform to all Android smartphones, and we have been hearing ever since that the Korean giant could also bring support for its smartwatches to iOS. Well, we now have confirmation that Samsung is working on a Gear Manager app for iOS, something we have learned from one of our insiders.

Thereâ€™s not much to say on the matter; Gear Manager for iOS means iPhone owners will be able to use one of the most beautiful smartwatches in the market. It remains to be seen when iOS support will officially arrive, though Samsung will no doubt be trying to hurry up development as much as it can, since the Apple Watch will not be waiting around and courting a lot of iPhone owners over the months to come.

We have also learned that Samsung is working on a new Cross Ballpoint C-Pen stylus (Pen-2016 Universal Pen (BT C Pen) â€“ EJ-UW700.) This isnâ€™t a product thatâ€™s very well-known â€“ itâ€™s basically a stylus that works with all touchscreen devices, and also doubles up as a regular ballpoint pen for, you know, writing on paper. The new C-PenÂ seems to have Bluetooth support according to its codename, and it could launch with the second-generation Galaxy Tab E that we exclusively reported about. 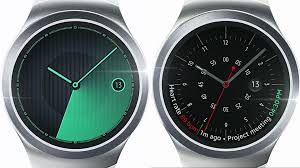