Enjoy a touch of nature with your wireless charging by Fonesalesman 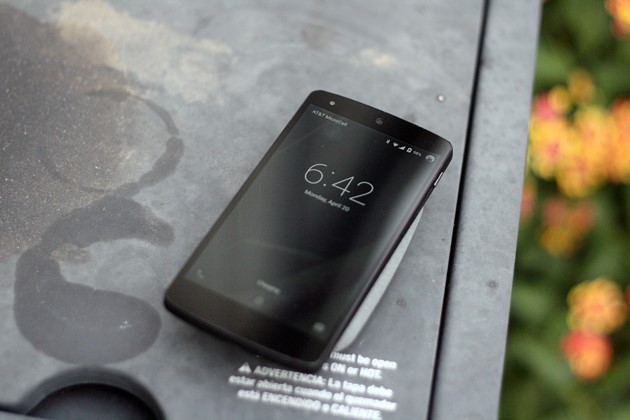 When I was initially told I’d be reviewing a wireless charging power bank, I couldn’t think of a single use case for it. It didn’t make any sense to me. I love wireless charging: it’s the only way I charge my Nexus 5 on a normal day. I love the convenience of it. I also own many power banks. When I’m traveling or away from the house or office for long periods of time, I rely heavily on power banks.

But my mind has changed.

The way I very quickly fell in love with the QiStone+ was just using it as a regular wireless charger. The QiStone+ has a microUSB port like any standard power bank to charge its 4000mAh battery. It can also passthrough charge, meaning thatÂ if the QiStone+ is plugged in and charging via the microUSB port and you put your wireless-chargable phone on it, it will begin charging your phone. When you remove your phone, it will continue to charge the QiStone+ battery. Unfortunately, it doesn’t seem to charge the phone and battery at the same time. But what you have is a wireless charger that is charging a battery when you’re not using it. Then, if you happen to need to charge your phone in a place that isn’t your desk or nightstand, the QiStone+ has you covered.

The QiStone+ will wirelessly charge your phone wherever you are. No outlet needed, until the 4000mAh battery runs out of juice, that is.

Oh, my phone is dying but I still want it near me and not on my desk or nightstand? I carry the QiStone+ to the middle of my living room where there are no convenient power outlets and set it down on my coffee table. Then I put my phone on it and it’s charging in the middle of the room. Oh, I just got an email? I pick my phone and check it. Then I put it back down on the QiStone+. Boom. It’s charging again. Wireless charging is awesome.

The Fonesalesman QiStone+ has quite a few features for a small stone-shapedÂ gadget. For starters, it’s completely wireless. I don’t get the point of that, but it works. I charged it on my TYLT VU and on the Fonesalesman WoodPuck wireless charger, which I’ll talk about in a bit. Both worked without a hitch. When it’s charging, it has four lights that will blink as the power bank charges. To find out how much charge the QiStone+ has when it’s not charging, all you have to do is tap it or pick it up, and the lights will brightenÂ up to tell you how much charge is left. It comes with a fabric carrying case and two microUSB cables to charge the power bank and charge your friend’s phone. So the QiStone+ can be used like a regular power bank byÂ physically plugging my phone into it and throwing it into my bag if needed. It also comes with plugs to close your phone’s microUSB port so it doesn’t collect lint when not inÂ use.

The QiStone+ uses the Qi wireless standard to both charge and receive power. When you set a Qi-compatible device on it, the QiStone+ will beep at you: it will continue to beep at you if not placed properly or just beep at you once if you’ve place it properly. A blue LED on the side will indicate thatÂ it’s charging your device. You can also charge two devices at once with the QiStone+, although I wouldn’t recommend it, as the 4000mAh battery won’t go very far, especially with wireless charging. One phone charges via the wireless charging and the other via the USB port. The QiStone+ does sort of look like a stone, but it doesn’t feel like one. It has a soft, grippy feel to it, which is good for a wireless charger. The last thing you want is your phone slipping off the charger while it’s supposed to be charging.

I was also lucky enough to review Fonesalesman’s WoodPuck: Bamboo Edition Qi wireless charger. This is another Qi wireless charger that’sÂ made with looks in mind. It’s built using Hand-Harvest Mao Zhu Bamboo, which I learned grows faster than wood so it’s able to be harvested and used in product in sustainable fashion. When you run your hand over the charger, you feel the grains of the bamboo. There aren’t many tech products out there made of wood, and I think this one is done right. It’s a wireless charger you can have on your executive desk and look really nice. It’s not some nerdy plastic puck, it looks more like a fancy thick coaster. It’s classy.

One thing I appreciate about the WoodPuck charger is that it uses a microUSB port to power it. It doesn’t come with a wall adapter, just a microUSB cable, but any phone adapter or computer will be able to power the Qi charger. I have several TYLT wireless chargers that don’t use microUSB forÂ power and I never take them anywhere because it would require me to bring bulky cables and wall adapters. These Fonesalesman Qi chargers don’tÂ require me to bring anything extra beyond my phone’s charger and cable. Another thing to note is that the microUSB port for the WoodPuck is neatly hidden away under the puck. It’s just a very simple, well-thought out design.

The use of the bamboo WoodPuck charger is very simple. Just like the QiStone+, there is an audible notification when the Qi-compatible device is placed on the puck. If the device is positioned properly, it will only beep once. If not, the device will continue to beep until you adjust it. One thing to note: I have some super-thick cases on my old Nexus 7 (2013)s that I use for my kids. I had a difficult time getting the WoodPuck to charge through the very thick cases, but I don’t have an issue with those same cases with the TYLT VU. Thinner cases that I have with my Nexus 5 had no issue. Other than that thick case problem, I had no issues with using the WoodPuck.