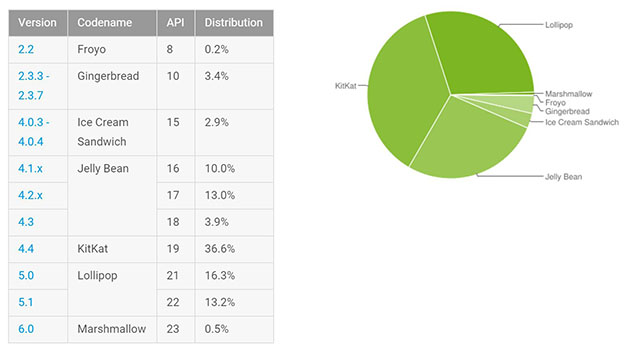 The Android Developers site posts monthly distribution numbers to let devs know what version of Android people using Google Services are running. It’s both educational and depressing! So many people on ancient operating systems, though the numbers grow smaller each month.

This month, Marshmallow saw a rise to 0.5%, which is a tiny userbase but expected for a new OS. Popular devices receiving updates will fix that quickly, while Nexus users are a tiny majority. Lollipop sits at 29.5%, and KitKat takes the majority at 36.6%. Unfortunately, 3.6% of devices are running an Android version older than Ice Cream Sandwich.