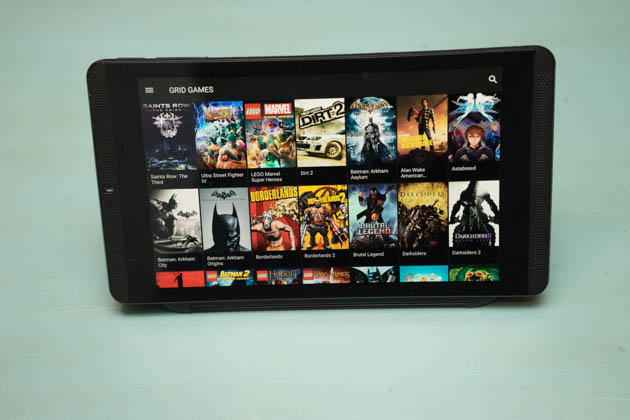 While the gaming capabilities are a huge selling point for the SHIELD Tablet, even ignoring those features, it’s one of the best all-around Android tablets. The NVIDIA Tegra K1 is powerful enough for anything you can throw at it, the dual front-facing speakers make it an awesome multimedia option, the included stylus opens up some apps and creative opportunities that were previously reserved to the Note line and then there’s the fact that NVIDIA has been pushing updates to the SHIELD Tablet at near-Nexus speed.

Add on top of that the gaming features like Gamestream, NVIDIA GRID, Gamepad Mapper, NVIDIA Shadowplay and Console Mode, and it’s hard to see going with anything else.

If you’ve been waiting to pick up a SHIELD Tablet, this is one of the best deals we’ve seen on the WiFi model. GameStop is taking $50 off, online only, bringing the price of the SHIELD Tablet down to $249.97. Again we’ve seen some nice bundle deals with the SHIELD Tablet in the past, but this is cheapest I’ve seen the tablet by itself, so it’s a great time to buy.