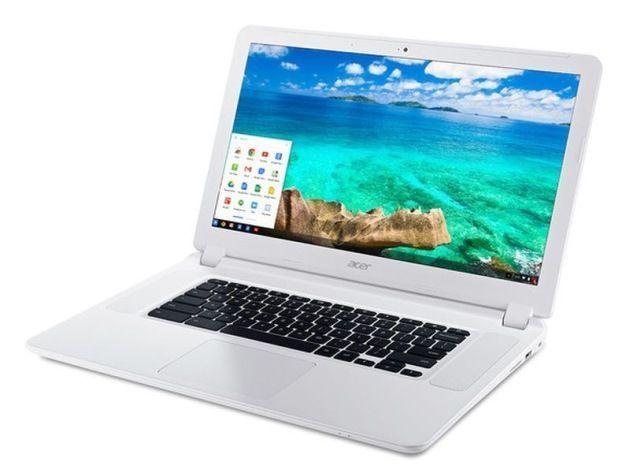 While small and light is definitely the bread and butter of Chromebooks, sometimes a large high-resolution screen is the answer, and the Acer Chromebook 15 is one of the only options that fits that bill in Chromebook land.

At $349, the full HD version of the Acer Chromebook 15 with Intel processor is a little on the pricey end of things for a Chromebook (ignoring the Pixel, anyway), but today the 32GB SSD version will only set you back $249 direct from Acer.Â And if you want a dedicated Chromebook to useÂ around the house it is a pretty fantastic device. If you don’t care about extra storage and are an Amazon diehard, you can get the 16GB SSD model for the same $249.

It comes with 4GB of RAM â€” which should really be the minimum allowable â€” a 32GB SSD, HDMI out, 1 USB 2.0 and 1 USB 3.0 port. The speakers are also notably better than most I’ve found on Chromebooks, due in no small part to the extra space available for them.

I’ve been using this exact model for the last few months, and while it isn’t the sort of thing I would want to travel with, it has been an awesome laptop to have around the house for watching video and getting work done.

The larger high-resolution screen allows for truly useful side-by-side windows, as opposed to the often cramped quarters on Chromebooks. The Intel processor coupled with 4GB of RAM is plenty of power to keep Chrome OS running smoothly, even if you have my habit of opening a completely irrational number of windows and tabs.

If you have any questions about the Chromebook 15, just let me know in comments and I’ll answer as best I can.