BLU Selfie has a pair of 13MP cameras and $249 price tag, and itâ€™s now shipping 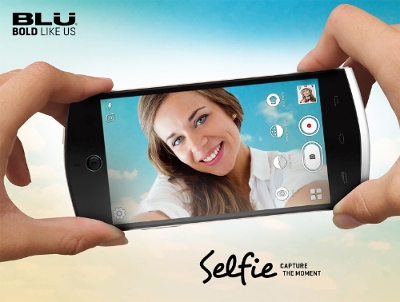 Cameras have been a long-standing focus for smartphones, and BLU has just launched a new smartphone that makes sure that those who want to take plenty of selfies can do just that with a camera they’re not ashamed of.

On Monday, April 27, BLU confirmed that it has officially launched the Selfie (yes, that’s the name of the phone) with a price tag set at $249.00. It’s available now and it’s unlocked, as BLU phones typically are. For those interested, it’s available on Amazon in blue, black or white colors.

As far as features go, the BLU Selfie boasts a 4.7-inch display with a 1280×720 resolution, a MediaTek 6592 octa-core processor clocked at 1.7GHz, 2GB of RAM and 16GB of built-in storage. It also boasts a microSD card slot with support for cards up to 32GB. The battery measures in at 2300mAH and it’s running Android 4.4 KitKat out of the box.

It’s a mid-range device running Android 4.4, but considering it’s unlocked and offers a pretty low price tag, the BLU Selfie might be a worthwhile choiceÂ for anyone looking for an extra handset in need of a replacement.