Blu Energy XL: This Phone Promises A Battery Life Of Up To Three Days 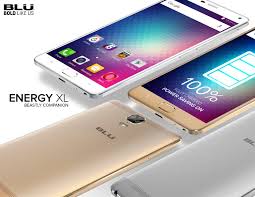 The Blue Energy XL is a phone with a larger screen and battery normal that tries to seduce users who do not want to spend much money but want to have at least adequate experience.

Blu cell pantallota Energy XL has a 6-inch and integrates a 5,000mAh battery that promises to last up to three days of use.

There is no doubt that these are the main features of this cell of Blu, but another very outstanding feature is that the phone costs $ 299 and is available on Amazon.

In addition, the Blu Energy XL has a metal body that brings elegance and Home button on the front also functions as a fingerprint reader. In addition, the cell integrates the new USB-C (Type C USB) port, a feature that not even have phones like the Samsung Galaxy Galaxy S7 and S7 Edge.

Unfortunately, this cellular Blu running Android Lollipop (5.1) instead of Android Marshmallow (6.0), so it is difficult to imagine that the company will release the update to Android Nougat shortly after Google released this version in the third quarter.

Moreover, the screen Blu Energy XL uses the Super AMOLED technology, protected by a glass Gorilla Glass 3, which promises to deliver vibrant colors and good detail, despite having a resolution of 1,920×1,080 pixels.

On the inside, the Blu Energy XL has a MediaTek 6753 processor eight-core 1.3GHz, 3GB of RAM and 64GB of storage with a microSD card slot up to 64GB.

As for the cameras, Blu Energy XL has a 13-megapixel rear camera and a front 5 megapixel.

Blu Energy cell XL is a mid-range phone that offers high-capacity battery and a metal body that makes it look and feel like a cell premium. It remains to prove how good a performance you can offer processor MediaTek and how good is actually the battery with regular use, and thus know how it compares to other phones in its category as the Moto G4 Plus or OnePlus 3 , which they are also relatively inexpensive.