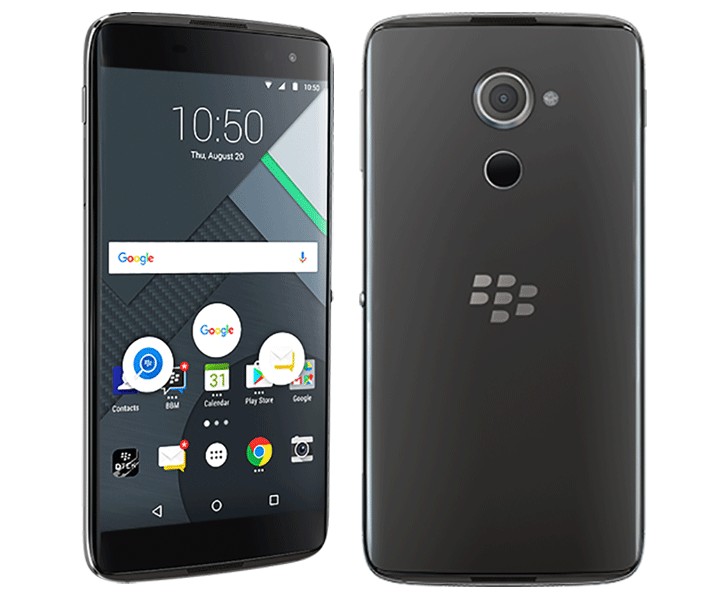 Earlier this month, BlackBerry’s Android-based DTEK60 went up for pre-order even before the company got around to officially announcing the device. NowÂ the wait for an official announcement is finally over.

BlackBerryÂ has taken the wraps off the DTEK60, itsÂ latest Android smartphone. The DTEK60 looks similarÂ to the DTEK50 that launched earlier this year, but theÂ newest family member offersÂ more high-end specs. That includes the display, which measures in at 5.5 inches and features a 2560×1440 resolution.

The DTEK60 also packs in a Qualcomm Snapdragon 820 processor, 3GB of RAM, and 32GB of built-in storage. There’s a microSD card slot, too, which supports cards up to 2TB. The DTEK60′s battery supports QuickCharge 3.0, measures in at 3000mAh and charges over USB Type-C port. There’s a 21-megapixel camera on the back of the DTEK60, complete withÂ phase detection autofocus and dual LED flash, and an 8-megapixel wide angle camera is on the front of the phone.

BlackBerry has added a few of its own hardware and software tweaks to the DTEK60. For instance, there’s a physical Convenience Key on the side that will allow quick access to your favorite apps. There areÂ also gesture controls for easier navigation and Instant Actions that allow you to execute actions right from the search bar.

The Android 6.0-powered DTEK60 is available beginning today in the United States, Canada, the United Kingdom, France, Germany, Spain, Italy, and the Netherlands. It’ll be priced at $499 USD, $650 CDN, â‚¬579, and Â£475. BlackBerry says the DTEK60 will arrive in more countries in the near future, but not specific dates have been tied down.

Do you plan on picking up the DTEK60?