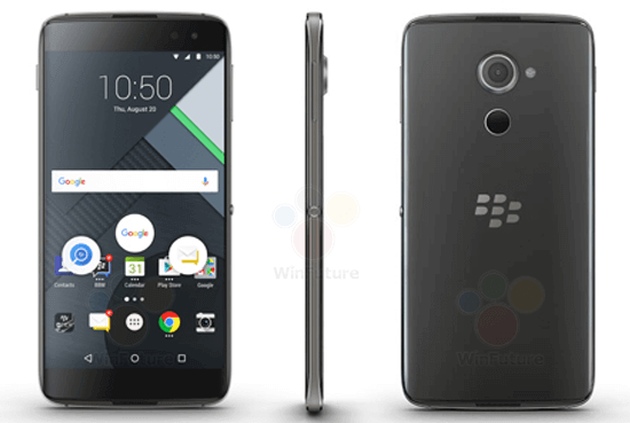 Shortly after BlackBerry’s announcement that it would no longer be making its own hardware, leaks have appeared of the BlackBerry DTEK60, a new smartphone that sits on the high-end of the spectrum. The device is manufactured by TCL, which also makes Alcatel devices. Design-wise, the similarities with Alcatel smartphones are quite clear, though the DTEK60 also shares a resemblance to its brother, the DTEK50. The device is grey and features curved sides.

The DTEK60 is a large device, with a 5.5-inch QHD (2560×1440) AMOLED display. Inside, users will find a Snapdragon 820 processor, 4GB of RAM, 32GB of storage and a 3000mAh battery. For cameras, users can find a 21-megapixel rear camera and an 8-megapixel front-facing camera. One very unique aspect is the fingerprint scanner, which is a first for a BlackBerry device.

BlackBerry is reportedly releasing the DTEK60 in Canada on October 11 for $699 CAD ($530 USD). A US launch is likely to follow.