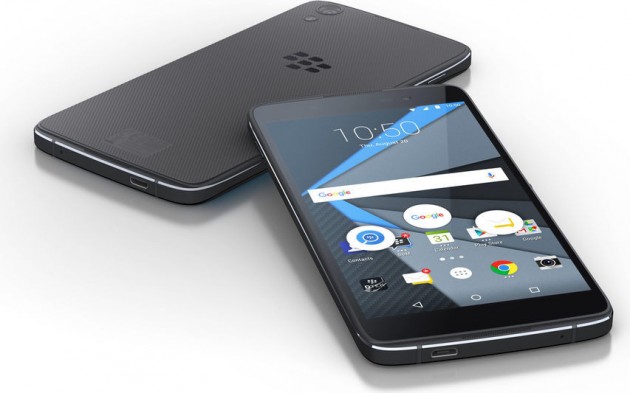 That didn’t take long. On the same day leaked images of the BlackBerry DTEK50Â leaked, BlackBerry has gone ahead and made the device officially official.

BlackBerry has announced the DTEK50 as the “world’s most secure smartphone.” As we can see, the DTEK50 does indeed share design similarities to the Alcatel-branded Idol 4, but there are certainly some BlackBerry-focused aspects to the upcoming device, especially when it comes toÂ security. Here are just a few things BlackBerry is bringing to the table with the DTEK50 in that regard:

As far as the rest of the specifications go, the leak earlier today turned out to be accurate. There is a 5.2-inch 1080p display with an octa-core Qualcomm Snapdragon 617 processor under the hood. There’s a 13MP camera on the back and an 8MP front-facing shooter on the other side. The battery is measured in at 2610mAh, there’s 3GB of RAM, and 16GB of built-in storage with a microSD card slot for expandable memory. The DTEK50 is running Android 6.0 Marshmallow out of the box.

There’s also a “Convenience Key” on the right side of the device that, when pressed, will automatically launch the BlackBerry Hub.

Pre-orders for the DTEK50 begin today from BlackBerry’s official online store. It retails for $299.99, and the unlocked variant works for T-Mobile and AT&T in the United States. It will also be available in Canada, the United Kingdom, France, Germany, Spain, Italy, and the Netherlands in the weeks ahead.

What do you think of the DTEK50? Should they have called it the Neon?