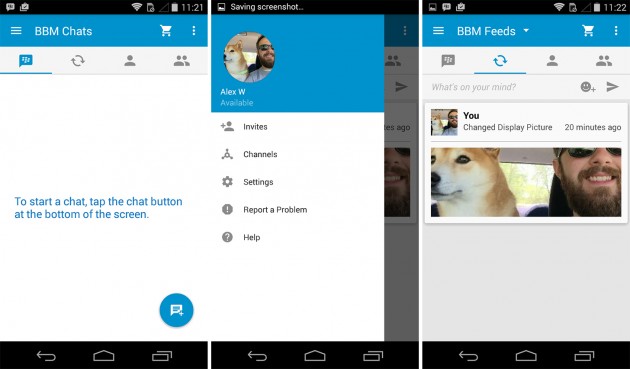 For Android users out there that happen to take advantage of BlackBerry Messenger, a noteworthy update for the app is now available. With it, BBM users will have an option for even more privacy features as well as a brand new UI refresh.

First up, specifically for Android users, BBM has a new material design layout. With that, BBM now features a slide-out navigation drawer, a floating action button, and a flatter look all around. Perhaps not the biggest part of the new Android app, but it’s good to see BlackBerry following the cues from Google’s design guidelines.

BlackBerry is also launching the Privacy and Control subscription service (for Android, iOS, and BlackBerry 10), which will run for $0.99 per month. With this, new, more secure features are offered, including a new Private Chat mode, which will allow users to chat with other BBM members without showing a profile picture, or even their name. The Private Chat will automatically end after a set period of time as well.

BBM messages within the subscription service can also be retracted after they’ve been sent, which means BBM users can edit the message and send it again after it’s fixed up.

Do you use BBM? If so, what do you think of the update?