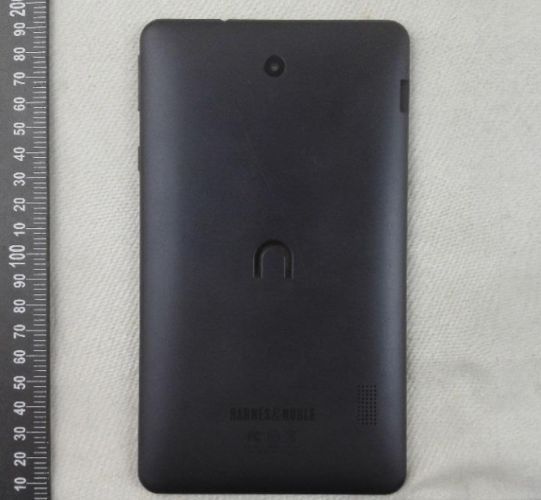 Barnes and Noble started off with its Nook tablet line with a heavily skinned version of Android. Since then, the company has dropped that effort and optioned to put the Nook brand on other company’s tablets, like from Samsung.

But it looks like Barnes & Noble may be going back to its old ways with a new tablet that just passed through the FCC. It’s called the Nook Tablet 7, and a lot of the specific details of the tablet are unknown at this point. The FCC report regarding the upcoming device shows there’s a MediaTek MTM8163 quad-core ARM Cortex-A53 processor with Mali-T720 MP2 graphics, and that there are front- and rear-facing cameras equipped.

There is also a micro-USB port, a microSD card slot to expand upon whatever amount of storage is built into the tablet, and the battery is measured in at 3000mAh.

Another key detail is the inclusion of support for the Google Play Store. Barnes & Noble ended its own digital storefront some time back, so it would be important to have access to Google’s option. Which version of Android will be on the tablet is unknown.

Liliputing suggests B&N could be positioning the upcoming Nook Tablet 7 in the $50 market, up to compete with the similarly-priced Amazon Fire Tablet. As for a release date, that’s unknown, but it would be good of Barnes and Noble to get it out in time for the holidays.