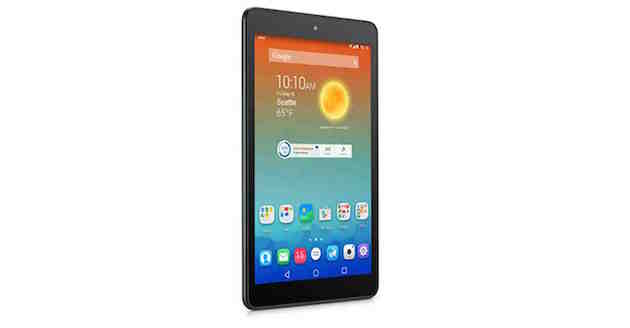 AT&T, the big blue carrier, has just announced that a brand new tablet will be landing on the network soon. The most noteworthy thing about the 8-inch device? It’s the company’s first own-branded tablet.

The Trek HD boasts an 8-inch HD display with a Qualcomm Snapdragon 400 quad-core processor inside, clocked at 1.6GHz. There’s a 5-megapixel camera on the back, with a 2-megapixel front-facing shooter on the other side. The Trek HD’s battery measuresÂ in at 4060mAh, and it offers 16GB of built-in storage with a microSD card slot that allows for cards up to 32GB. It’s also running Android 5.0 Lollipop right out of the box.

AT&T has confirmed the Trek HD will go up for sale in its online store beginning Tuesday, May 11. Those that want to check it out in stores first, though, will have to wait untilÂ Friday, May 15. It will run for $49.99 on a new two-year contract. Anyone thatÂ prefers monthly installments will pay $10 per month for 20 months on an AT&T Tablet installment plan. Mobile Share Value subscribers can add the tablet to their plan for only $10 per month.

AT&T also announced that it is bringing Rollover Data to prepaid subscribers. The new initiative was unveiled in late January, allowingÂ customers to use any leftover data from the previous month into their next billing cycle. Each rollover only lasts a month, though.