ASUS ZenWatch getting its Android 5.1.1 update 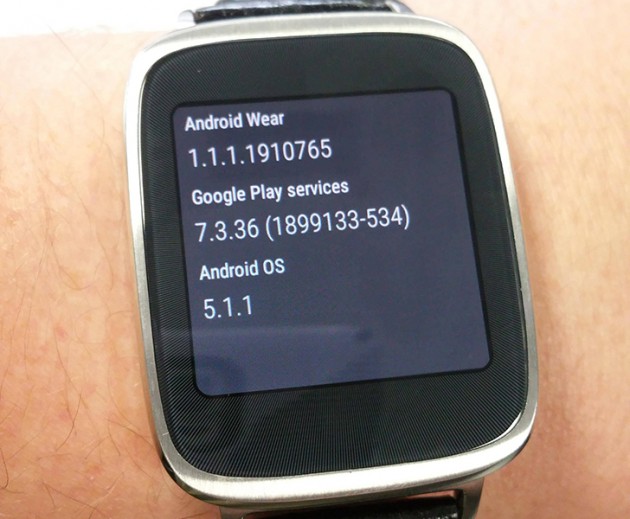 Good news, Android Wear users! The Android 5.1.1 update that was previously only available on the LG Watch Urbane is now making its way to other models.

The ASUS ZenWatch is now getting its Android 5.1.1 update. Reddit user Verdes8891 got the update yesterday, and since then it appears that at least a couple of other people have received it too. If youâ€™ve got an ASUS ZenWatch, you can either wait for the OTA to hit your device or you can manually load it yourself using the OTA link thatâ€™s been shared by Brian Buquoi and Android Police.

This latest Android Wear update is a big one that adds several notable features. For example, always-on apps will let you keep an app up and running rather than disappearing when you drop your arm. When youâ€™re not actively looking at the watch screen, itâ€™ll turn black and white to save on battery life. This update also brings the ability to flick your wrist to scroll through news and notifications, support for drawing emojis, and more. Unfortunately, the ASUS ZenWatch won’t get theÂ Wi-Fi support partÂ of this update since it doesnâ€™t have Wi-Fi. Thatâ€™s a bummer, but hey, at least youâ€™re getting the Android 5.1.1 update before most everyone else!