ASUS ZenFone AR will arrive at Verizon this summer 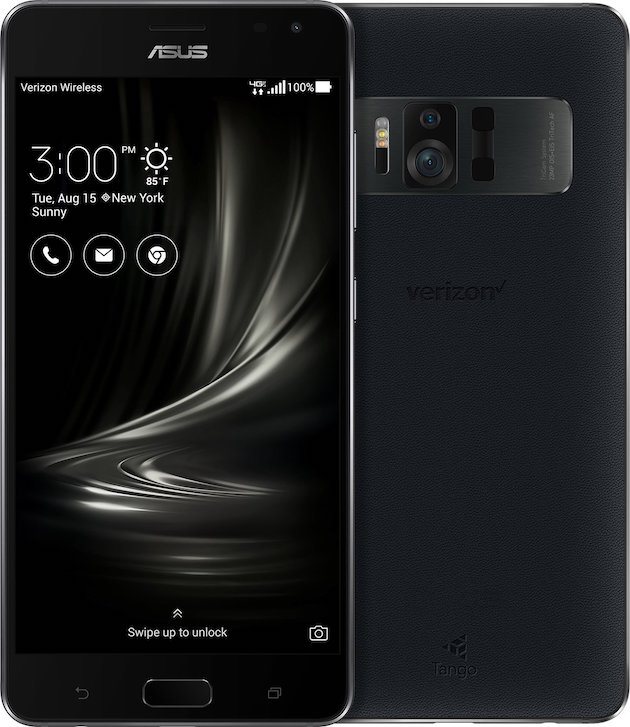 During the second day of Google I/O, a big focus is on augmented reality (AR) and virtual reality (VR), markets that Google wants to capitalize on. That includes Project Tango for AR and the Daydream VR platform. DevicesÂ are a necessity for Google to achieve that, and today ASUS announced some news that’ll help.

ASUSÂ will launch its ZenFone AR (which it announced way back in January of this year) this summer, and Verizon Wireless will be the exclusive US carrier for the handset.Â No pricing has been revealed just yet.

The ZenFone AR is both Project Tango and Daydream VR-ready, which means future owners can getÂ a variety of different experiences with just one handset.

The specifications for the ZenFone ARÂ are well known. It has a 5.7-inch AMOLED display with a resolution of 1440×2560. There’s 6GB of RAM on board, along with 128GB of built-in storage and aÂ Qualcomm Snapdragon 821 processor toÂ keep everything humming along. The camera on the back is a 23-megapixel shooter, and it’s running Android 7.0 Nougat out of the box.

So then, when the ZenFone AR arrives later this year, do you plan on picking one up?