Asus ZenFone 2 available tomorrow in the U.S. and Canada starting at $199 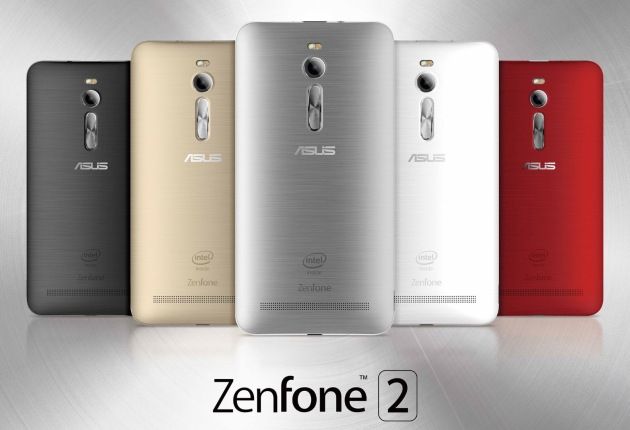 AsusÂ doesn’t have the best track record in North America, but that could be at least in part due to not bringing its strongest devices over here. The ZenFone 2 might not go toe to toe with Samsung or LG’s finest, but with unlocked options at $199 and $299, ASUSÂ is making a compelling option for budget-minded smartphone buyers.

There are just a few key differences between the two devices.

We haven’t had the opportunity to use the new 64-bit quad-core Intel chip yet, so we’ll have to withhold judgment on how it holds up against the bestÂ from Qualcomm or Samsung until that time. AsusÂ seems pretty convinced that it will hold up to scrutiny, but we’ve been burned by Intel mobile options plenty of times in the past.

The camera is usually one of the weakest points for budget smartphones, and 13MP isn’t going to blow anyone away, but that obviously doesn’t tell much of the story. Asus is touting a low light mode that will offer incredible brightness at lower resolution, somewhat reminiscent of HTC, and also a shooting mode that will create 52MP images by stitching multiple shots together. Again, these features sound great, but we’ll have to get our hands on the ZenFone 2 to really put it to the test.

The ZenFone 2 will be on saleÂ tomorrow through Amazon, Newegg, B&H,Â and Groupon in the U.S., while Canada will rely on Newegg, Canada Computers, Memory Exchange and NCIX for their ZenFone 2 needs.

While selling outside the standard carrier model seems like a limiting decision, the reality is that that market just hasn’t been working for Asus here, so we are happy to see them trying a new tactic.

Would you consider the Asus ZenFone 2 for your next device?