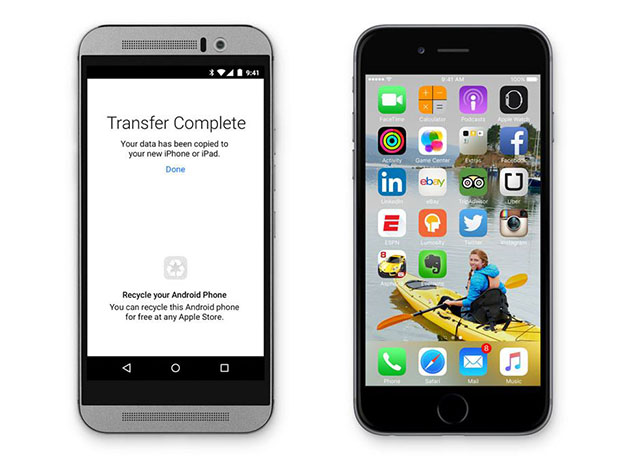 It looks like Apple has caught the Android app fever, but this app is not of peaceful intentions. The company has announced an app on its website that will help you transfer all of your data from your Android device to your iOS device. It’s called “Move to iOS,” and it’s pure evil.

The app will take contacts, messages, photos, videos, accounts, calendars, and much more and wirelessly transfer it to your iOS account. This is very similar to what Motorola does in the opposite direction, transferring from your Apple account to your new Motorola device. As a cool added bonus, any apps that you had that are available on iOS will be suggested for download, and those that are paid will be added to your wish list. I have to admit, that’s neat.

The app isn’t out on the Play Store yet, so we can only assume it’ll come out around the same time as iOS 9. So if you’re planning to switch to an iPhone, you can betray us easier than ever!