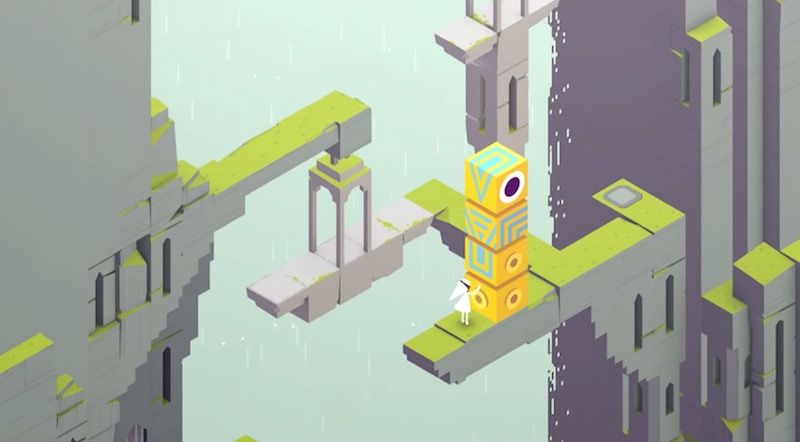 There are a few notable app sales going on right now that fans of puzzlers and classic PC games are definitely going to want to take a look at.

Monument Valley
First up is last year’s critical hit puzzler, Monument Valley. This isn’t the first time we’ve seen it on sale, but if you haven’t grabbed it previously, it is a beautifully executed game that has you meandering through Escher-esque architecture. The only real complaint that people seemed to have about the game was that it isn’t terribly long, but picking it up for 99 cents should quell those complaints. The expansion pack for more levels is available as an in-app purchase, but it isn’t part of the sale.

Grim Fandango Remastered
Old PC gamers will remember the classic point-and-click adventure game Grim Fandango from LucasArts. Tim Schafer, designer of the original Grim Fandango, and his team at Double Fine Productions were responsible for the updated version that made it to consoles back in January and hit mobile earlier this week. The early Google Play reviews are showing some people experiencing issues on Samsung hardware, but presumably that will be worked out in a future update. Reviews from users that have actually played the game are almost universally positive. If you are interested in the game you might want to go ahead and purchase now to get the $9.99 launch price and then wait for the update so you don’t have to pay the $14.99 they are planning to charge after launch week.

Icewind Dale: Enhanced Edition
Another classic PC game, at least among the RPG fans, Icewind Dale: Enhanced Edition was released on Android late last year. If you passed on it at the time due to the $9.99 asking price, then maybe today’s sale that bringsÂ it down to $4.14 will be enough to get you to pull the trigger. As a long time tabletop gamer, this was one of my favorites back in 2000 when it originally launched, and I’ll definitely be grabbing it during the sale.