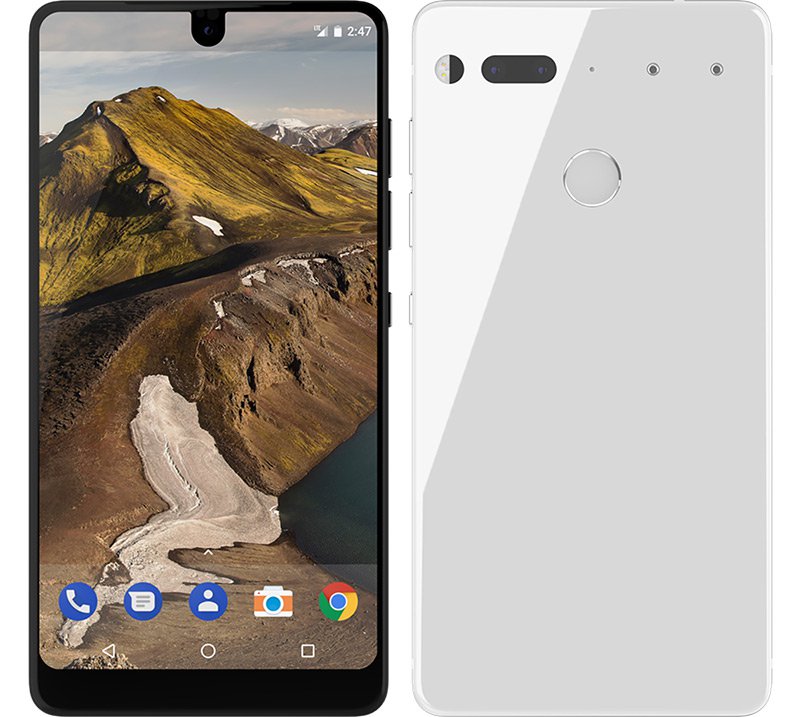 Rubin took part in an interview with Walt Mossberg on May 30th, and in it he shared a few more details about the Essential Phone and his release plans. Essential has been pretty quiet about the Essential Phoneâ€™s release thus far, but Rubin revealed that we could begin to see the device hitting doorsteps in June. â€œYou can reserve it now and I wouldnâ€™t take reservations if it wasnâ€™t going to ship in 30 days or so,â€ he explained.

Looking ahead, Rubin plans to get the Essential Phone in retail stores, too. Essential plans to get its phone in both carrier stores and other points of retail distribution.

Then the topic of bloatware came up. When Android phones arrive on US carriers, we typically see them get loaded up with some carrier-branded apps and service, but Rubin is trying to fight that with the Essential Phone. â€œIâ€™m trying as hard as I can to have a pro-consumer product where you get to decide whatâ€™s on your phone,â€ he explained.

Finally, the front-facing camera came up. The Essential Phone has a unique front-facing camera placement, having it cover a small portion of the top of the display. Rubin says that Essential did this because it knows that Android notifications grow inward, so the camera shouldnâ€™t block anything on the screen. He added that because the display is 19:10, the camera wonâ€™t get in the way of 16:9 videos. Rubin also explained that he didnâ€™t want to put the Essential Phoneâ€™s front camera in its chin, like the Sharp Aquos Crystal or Xiaomi Mi Mix, because he says that that turns it into a â€œnostril camâ€.

The Essential Phone is an interesting device, combining a clean design with high-end specs and coming from the father of Android. Itâ€™s no surprise that thereâ€™s a lot of interest surrounding it right now, and while we havenâ€™t really gotten to see it in action yet, the good news is that that may change next month if Essential can get its phone into consumersâ€™ hands as quickly as itâ€™s hoping to.