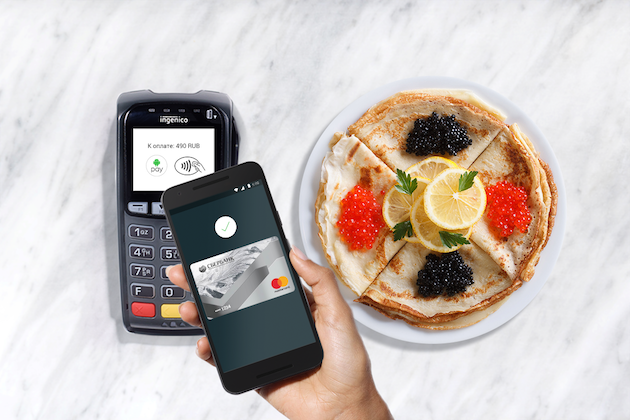 The last new market to get access to Android Pay, Google’s mobile payment option, was New Zealand back in November of last year. Now Android Pay continues its expansion.

Google announced today that Android Pay is now officially available in Russia. The company confirmed that 15 banks will support Android Pay in Russia at launch and that thousands of retailers, including KFC, McDonald’s, and Burger King, will offer mobile payment support at checkout.

The banks that support the option include VTB 24, Yandex.Money, MTS Bank, “Ak Bars,” and others. Russian payment services like Payture and ASSIST also support Android Pay out of the gate as well.

If you’re in Russia and want to use Android Pay, your device must be running Android 4.4 or later and it has to support NFC. You’llÂ install the Android Pay app from the Play Store, too.