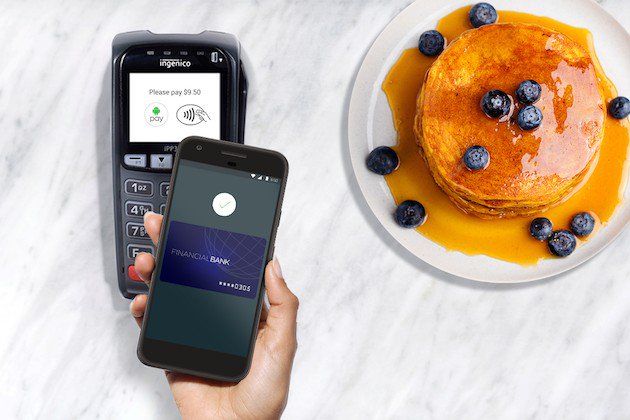 Rumor was that Android Pay would be arriving in Canada before the end of May, and sure enough that turned out to be the case.

Today, Google officially announced that Android Pay, the mobile payment option that works on Android 4.4+ devices, is now available across Canada. The company has confirmed a host of banks that support Android Pay over the next few days as the service rolls out. Here are the banking establishments that will be supporting Android Pay either right away, or later this year:

“Over the next several days, Android Pay is rolling out with support from eligible Visa and MasterCard credit cards from BMO Bank of Montreal, CIBC, Banque Nationale, Scotiabank, Desjardins, Presidentâ€™s Choice Financial, ATB Financial, and Canadian Tire Financial Services in Canada, and prepaid Scotiabank and Desjardins cards. Support for Interac-branded debit cards will begin roll-out on Monday, and support for American Express cards and Tangerine is coming later this summer. You can add multiple eligible cards and select which card you want to use before you pay, so you can always enjoy the best deals available.”

As should be expected, there are a variety of different businesses that will support checking out with Android Pay right from your phone. That includes McDonald’s, Freedom Mobile, Rexall, Rogers, Petro Canada, Tim Hortons, Sears, and others. Google also notes that you’ll be able to use Android Pay to buy goods from inside of apps, including Uber, Fancy, Atom, B&H, Ritual, and others.