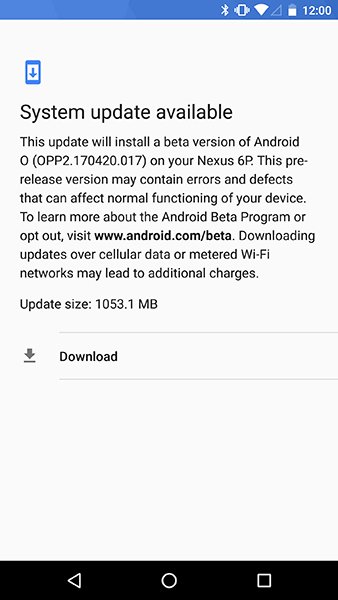 Google didnâ€™t reveal the official name of Android O at its I/O keynote today, but it did make an announcement thatâ€™s just about as exciting.

If youâ€™ve got one of those devices, you can point your browser to the Android Beta Programâ€™s website and enroll your device. Shortly after you do, you should receive an OTA update to Android O. On my Nexus 6P, the update was a hefty 1053.1MB in size.

So now that the Android O Beta Program is finally here, are you going to give it a try?