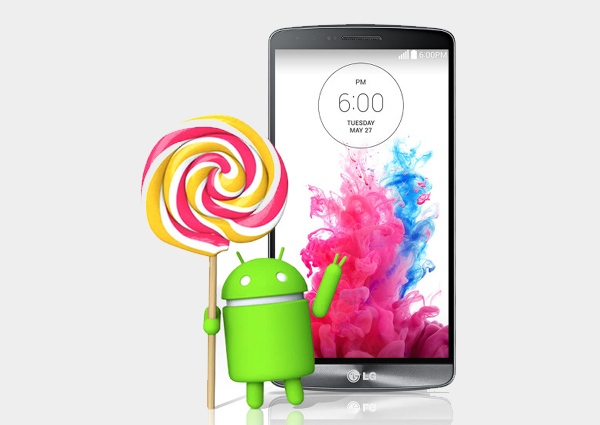 Although the LG G4 has hit the market with the release of Android 5.1 Lollipop factory installed, the LG G3 above-the flagship of this surcoreana- company continues to operate under the version of Android 5.0. And, as confirmed by an official division of LG , the LG G3 does not fall within any future distribution plan update Android 5.1 Lollipop . Assuming that this decision affects all countries, it makes sense to think that the LG LG G3 upgrade directly to the new version of Android M .

This confirmation has occurred on the official website Facebook LG Greece , where, according to have released from the website TechValue.gr – appeared published a response to the message ” currently no information on this update [referring Upgrade to Android 5.1 the LG G3 ] “. From this response, the Greek website TechValue have interpreted the message as if LG had no immediate plans to upgrade the LG G3version of Android 5.1 Lollipop . They have also speculated that the LG G3 could be updated directly to Android M over 2016 .

The LG G3 is a smart phone that began to receive their respective update to Android 5.0 Lollipop late last year, becoming one of the first mobile high-end upgrade to this version of Lollipop (as discussed in our calendar Lollipop distribution ). This update was accompanied by major developments of Lollipop(including also the renewed interface design), and in some countries even some distributions versions have also taken place Android 5.0.1 and Android 5.0.2 Lollipop .

And how important are the new features of Android 5.1 Lollipop about Android 5.0 , Android 5.0.1 or5.0.2 Android ? Without going into technical details, the Lollipop 5.1 Android update focuses on introducing minor updates, but in the case of Nexus also seem to be some improvements in processor performance . In short, users who do not have problems with its update Lollipop in the LG G3 are not particularly striking developments of the expected version of Android 5.1 . However, users who have been affected by a problem have no choice but to try to apply tips for troubleshooting Lollipop while arm themselves with patience until the arrival of a new update.

Meanwhile, other smart phones in the catalog of LG are also beginning to join the distribution Lollipop .For example, recently the LG G2 Mini has started to upgrade to Android 5.0 Lollipop in some parts of the world .