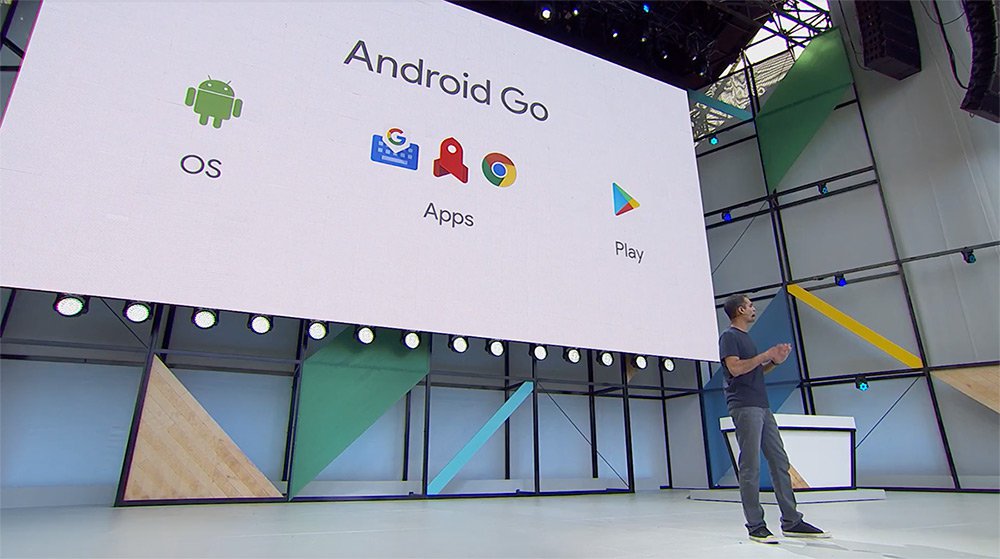 Google touched a bit on Android O during its I/O keynote today, and one of the big announcements made was Android Go.

Android Go is a version of Android O thatâ€™s aimed at entry-level devices. This lightweight flavor of Android O is meant to run on devices with 1GB of RAM or less, and it includes optimized apps and a focus on data management.

Google has said that its optimizing apps like YouTube Go, Chrome, and Gboard to use less memory, storage space, and data on Android Go. For example, Chrome will come with Data Saver automatically enabled on Android Go. Google also plans to offer a special section of the Play Store for apps that are optimized for Android Go.

Also baked into Android Go will be a focus on data management. Not only will you be able to easily see how much data youâ€™re using, but thanks to integration with cellular carriers, youâ€™ll be able to top-up your mobile data from inside your Data Usage monitor.

Android Go is a part of Android O, and itâ€™ll continue to be a part of future Android releases. Google expects the first Android Go hardware to debut in 2018.

This isnâ€™t the first time that weâ€™ve seen Google work on making Android friendly to entry-level devices. Android One had a similar focus, and while there were a handful of Android One phones that came to market, the program doesnâ€™t seem to have taken off quite as well as Google had hoped. Now weâ€™re getting Android Go, which aims to make Android O work on super entry-level hardware, and the project sounds interesting so far. If Android Go works as promised, we could see some affordable phones with solid performance come to market.