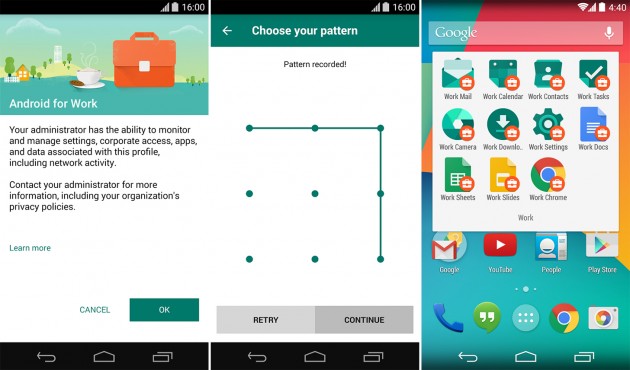 The new Android for Work app supports many of the same features that were announced a couple of months ago, including secure email, calendar, and contacts, access to work-approved apps, and more. Your businessâ€™ IT staff can handle all of the work data on employee devices, and Android for Work helps to keep a userâ€™s personal and work data separate and secure.

So whatâ€™s so different about this Android for Work app and the program that Google announced back in February? Not much, really, save for the fact that this app works with devices running Android 4.0 through 4.4. Android for Workâ€™s features are built into Android 5.0, so folks on Lollipop neednâ€™t worry about installing this app. If youâ€™re running a 4.x version of Android, though, you can now get Android for Work and get the same enterprise features as your Lollipop-equipped friends.