E3, the most important annual event in the game industry, this year has brought one of the biggest surprises for lovers of RPG: the highly anticipated remake of Final Fantasy VII. This title will not only have a new version for PlayStation 4 but also will be converted for mobile devices. 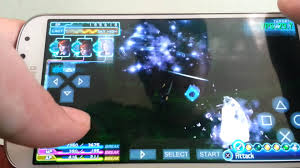 The version that comes to smartphones not the remake for consoles but that appeared on the original PlayStation in 1997, which is not necessarily negative, considering it is one of the best titles in the genre.
Android Final Fantasy VII: Release Date
Square Enix has released Final Fantasy VII for iOS but for now, the Japanese developer has not decided about the arrival of this title to Android devices.
The re-releases of the first Final Fantasy titles came before iOS and took ages to appear on Android devices. However, the time-gap between one system and another has been shortened over the years to the point that the last title in the series came a month earlier than iOS to Android, as shown in this table:

Considering that currently the titles in this series come to Android almost as fast as iOS, one would have expected the FFVII had already come to Google Play, but users are still waiting, with no clear release date by Square Enix.

Android Final Fantasy VII: Price
This is probably going to look less like followers. Square Enix titles are not exactly cheap, even their remakes and re-releases, which Android reach up to â‚¬ 14.95 in some of their deliveries.

Considering that this is the most anticipated title of the series, there is no doubt that the price will range between 15 and 20 â‚¬. Viewed another way, the game features about 60 hours, so the price can be justified.