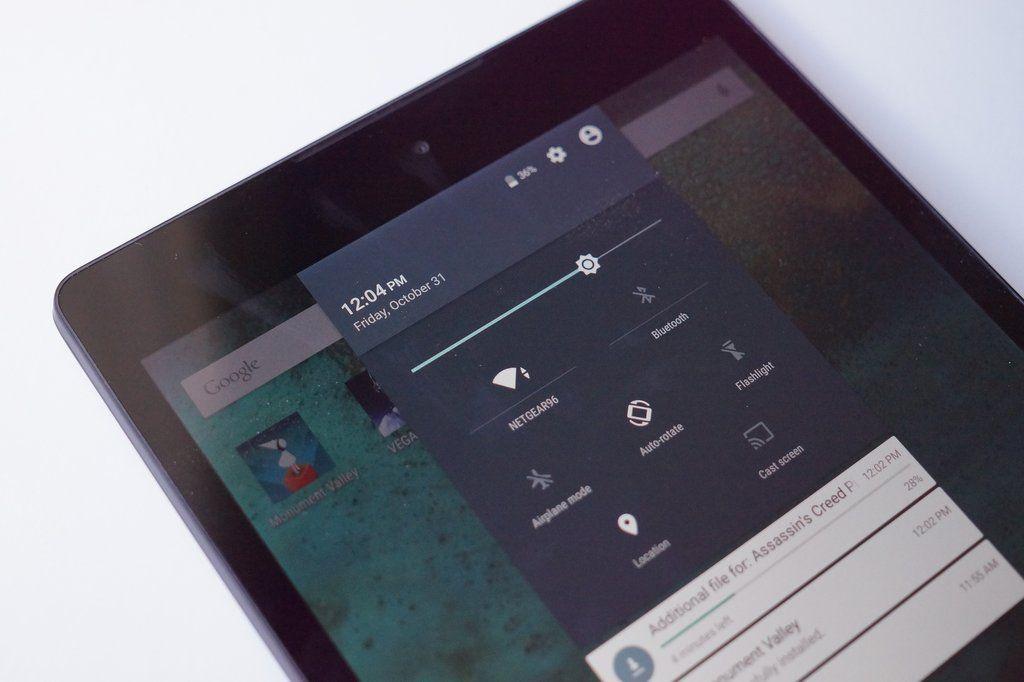 Black Friday weekend has come and gone, but we know there are many of you who haven’t even started your holiday shopping yet. If you’re all set on smartphones and accessories (you should seriously check our Give the gift of power article), an Android tablet may be exactly what you or a loved one needs. The list below highlights the tablets thatÂ we would actually consider spending our money on.

The best of the best

Nexus 9 – $298.00
The Nexus 9 is already a year old, but it’s still one of the most powerful Android tablets on the market and the only one that’s running a stock Android build. The tablet is powered by a 2.3GHz dual-core 64-bit NVIDIA Tegra K1 processor with 2GB of RAM, 16 or 32GB or internal storage, a 6,700mAh battery, 8-megapixel rear camera, a 1.6-megapixel front-facing camera and stereo front-facing speakers.

Amazon Fire HDX 8.9 – $499.99
Amazon’s Fire tablets aren’t usually known for incredible performance, but the Fire HDX 8.9 and its Snapdragon 800 chip can handle pretty much anything you throw at it. It features an 8.9-inch 2560 x 1600 pixel display, 32GB of storage, 2BG of RAM, an 8-megapixel main camera and stereo speakers. But what truly sets theÂ Fire HDX 8.9 apart from other Android tablets is its integration into Amazon Prime services and the new Amazon Underground, which gives you $10,000 worth of paid apps and games for free.

Acer Predator 8 -Â $299.99
Acerâ€™s Predator 8 comes equipped with an 8-inch 1,920 x 1,200 resolution IPS LCD display, Intel Atom X7 processor, 2GB of RAM, 32GB of internal storage, microSD slot support, and a 4420mAh battery that should provide up to eight and a half hours of battery life. The tablet’s gaming-centric experience is also enhanced by four front-facing speakers (one in each corner of the tablet) and dual-haptic vibration motors that allow even vibration across the entire tablet no matter how it is held.

NVIDIA Shield Tablet – $199.99
It may be sitting at the bottom of this list, but the NVIDIA Shield Tablet is our favorite 8-inch tablet. Equipped with a NVIDIA Tegra K1 chip, 2GB of RAM, 16GB of storage and front-facing stereo speakers. You’d be hard pressed to find a better Android tablet to satisfy your mobile gaming needs.

We know that the tablets listed above a bit pricey, so we’ve also includedÂ a handful of budget-friendly Android tablet options thatÂ are worth considering. You can easily find an Android tablet for $200 or less, butÂ only a few are actually worth buying. Don’t buy these tablets if you want a gaming device, but they are good enough for all your social media and news apps and can easily double as an eReader.

If there are any other Android tablets you’d recommend, leave a comment below and let us know which device you think should be added to the list.