Samsung has yet to officially announce when the Android 6.0 Marshmallow roll out will begin for its terminals, but, 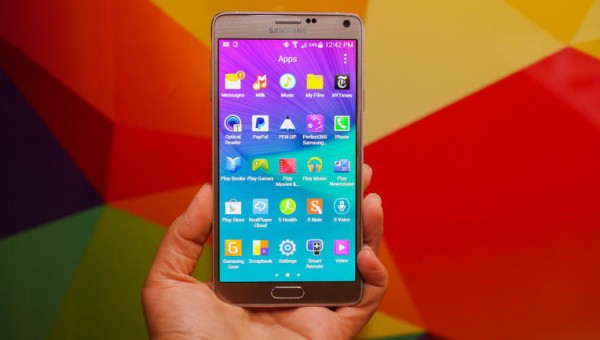 according to a Hungarian publication, a Galaxy Note 4 unit has randomly received the update. For the time being there are no other reports of Galaxy Note 4 terminals getting updated to Android 6.0 in the country or somewhere else.

NapidroidÂ writes that the Android 6.0 Marshmallow update has been pushed over-the-air on a Galaxy Note 4Â SM-N910F unit, also providing some screenshots. Apparently the update adds the updated Air Command menu from Galaxy Note 5, along with the ability to take notes with the S Pen while the display is off, a feature thatâ€™s also borrowed from the Note 5. However, the UI of Quick Settings area looks untouch, contrary to whatÂ previous leaks have revealed.

However, thereâ€™s no way to verify the veracity of the screenshots. This could very well be a hoax as itâ€™s quite easy to edit build.prop. On the other hand, this might be real and Samsung could have actually pushed the update to the wrong device. Anyway, donâ€™t expect a bigger roll out to happen. At least not yet.

If you are up to date with the latest rumors about theÂ roll out of the Android 6.0 Marshmallow update for Samsung devices, you should know about the leaked roadmap that surfaced online a few weeks ago. According to the document, the Galaxy Note 4 wonâ€™t get upgraded to Marshmallow sooner than February 2016. The first Samsung phones to receive the Android 6.0 update are Galaxy Note 5 and Galaxy S6 Edge Plus in December 2015, followed by Galaxy S6 and Galaxy S6 Edge in January 2016.

The Android 6.0 Marshmallow update brings quite a few changes, so the users have every reason toÂ eagerly anticipate it. It comes with security improvements courtesy of the new granular app permissions system, adds Doze Mode for standby battery life enhancements, the ability to use SD cards as default storage, native fingerprint senor support, Google Now On Tap for contextual information, UI tweaks, and many more.

As usual, we are advising you to take the report with a pinch of salt. After all, nothing is official until Samsung says so.