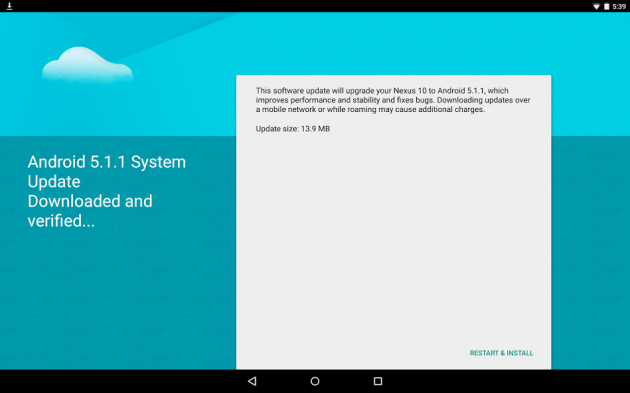 If youâ€™re a Nexus 10 owner thatâ€™s managed to resist moving to newer Android tablets, your loyalty is about to be rewarded.

We havenâ€™t heard much about Android 5.1.1 ever since we spotted a couple of references to the update on a Google web page a couple of weeks ago, but it looks like the rollout may finally be getting underway. Thatâ€™s exciting news for everyone, but especially for the Nexus 9, which is still on Android 5.0.