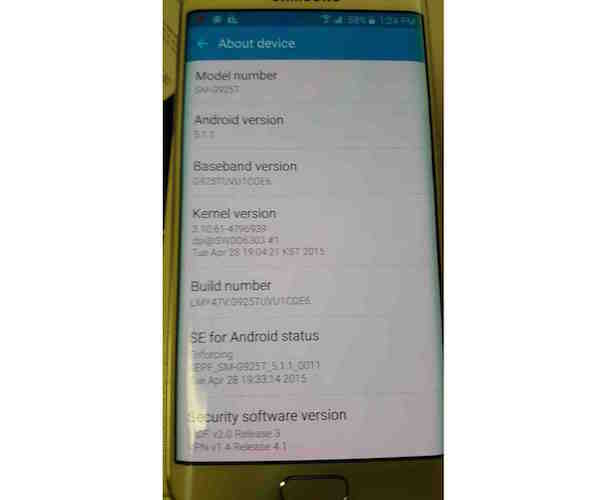 Android 5.1.1 may not be a big enough release to get its own press release, but that hasn’t kept it out of the news cycle anyway. And for one lucky Galaxy S6 edge owner, looking forward to some new software on their flagship smartphone.

According to a post found within the xda developers forum, an owner of a Galaxy S6 edge on T-Mobile’s network has received the newest Android version. The update supposedly weighed in at 550MB. Perhaps worse news, though, is that when the owner tried to root his Galaxy S6 edge after the update, he had found that his bootloader had been locked.

Android 5.1.1, as of right now, hasn’t been sent out to any Nexus-branded devices just yet, so the update landing on a branded, carrier variant of the Galaxy S6 edge seems strange. But stranger things have happened. Neither T-Mobile or Samsung have made a comment regarding the update, either.