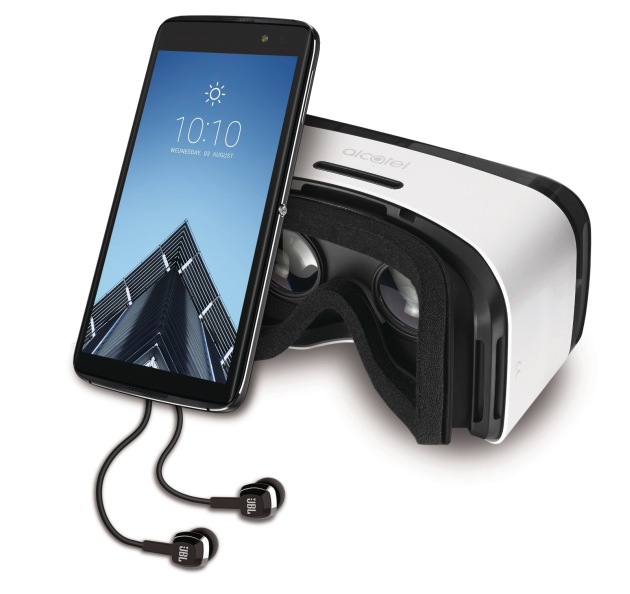 Alcatel is a company that doesn’t readily come to mind when discussing the U.S. smartphone market. That being said, the company is the fourth largest smartphone manufacturer in the U.S., showing that it has more reach than many realize. AlcatelÂ has a great a deal of budget and mid-range devices, but it’s beginning to bring its higher-end options to the States. The Alcatel Idol 4S is one of those high-end devices, and we now know when it’s coming stateside.

Following its announcement of the device in February, Alcatel has now said that the Idol 4S will open for pre-orders in the U.S. on July 15 at 11:00 AM EST. These pre-orders will be part of a bundle that includes VR goggles, a tempered glass screen protector, JBL headphones and an Incipio protective case. That entire bundle will be available for $349.99 during the pre-order only. Official orders begin on August 3, and the Idol 4S will be priced at $399.

While the Idol 4S is largely the same as it was at the time of announcement, there is one notable change. Alcatel has added a fingerprint sensor to the rear of the device, putting it on par with many modern flagships. Customers will still get the 5.5-inch QHD display, Snapdragon 652 processor, 16-megapixel rear camera and more.

Alcatel is adding a great product to its lineup, but it remains to be seen if it will be a success within the U.S. AlcatelÂ has staked its claim in the budget market and the Idol 4S may not fare quite as well with the company’s customer base. If it does perform well, we might just see Alcatel giving ZTE a run for its money.