A use case for smartwatches that is literally saving lives 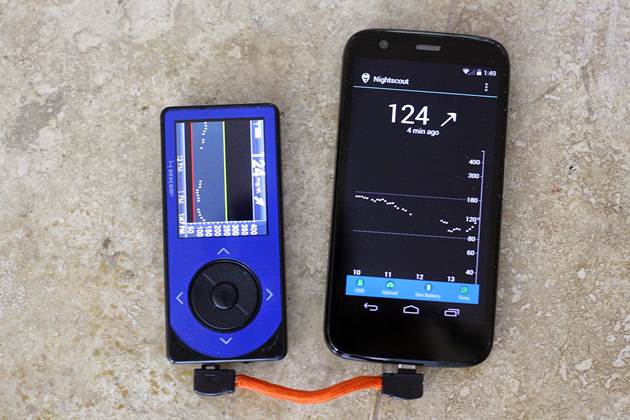 About two weeks ago, a story was making the rounds on Android blogs about how a developer has made it possible to monitor blood glucose levels on Android Wear devices. I happen to have type 1 diabetes and I have been using this veryÂ software developed by Stephen Black on my LG G Watch for a couple of months now. I am super excited to see the work of Stephen Black get some exposure. He’s done some great work and it’s really made a difference in my daily life, but I think the posts making the rounds on the Internet missed out on really sharing how life-changing, even life-saving, this tool can be.

I don’t expect everyone to know much about diabetes. When I was diagnosed with type 1 diabetes a little less thanÂ two years ago, I knew nothing. In short, type 1 diabetes occurs when the pancreas basically stops producing insulin, the hormone our bodies use to transfer the sugar (glucose) in our bloodstream to the cells that need energy. The implications of this are that type 1 diabetics need to regulate their own blood sugar levels byÂ pricking their fingers to test blood glucose, tracking every gram of carbohydrate consumed, and injecting insulin withÂ needles to maintain a healthy glucose level while your body breaks down the consumed food. Hypoglycemia, or low blood sugar, is the most immediate dangerous part of diabetes.Â If one injects too much insulin and blood sugars drop too low, there is an immediate risk of passing out, seizures, and dying. Hyperglycemia, or high blood sugar, is generally more of a long-term risk. If blood sugars are allowed to run high throughout life, one runs theÂ risk of all sorts of health issues down the line, including lost digits and limbs. So as you can see, itâ€™s in a diabetic’sÂ best interest to closely monitor and control their blood sugar levels.

Controlling one’s own blood glucose levels has a huge learning curve, and even after two years, it hasn’t gotten to the point where it feels easy. I’m an adult. I understand the risks involved with diabetes and am well aware of the food I eat and how much insulin I’m injecting into my body. However, I still have hypoglycemic episodes at least every other week, and not only are theyÂ very uncomfortable, they can be downrightÂ can be scary.Â Managing diabetes is hard.

I can’t even begin to imagine how difficult it mustÂ be to parent a child with diabetes. It would be terrifying. And it was for one John Costik, whoseÂ son was diagnosed with type 1 diabetes in 2012. John quickly realized that waking up every two hours during the night to check his son’s glucose levels was an awful way to live. After about six months, John got his son on a device called a continuous glucose monitor, or CGM. It’s a two-part system with a sensor that is placed under the skin andÂ is connected to a transmitter. The transmitter then sends readings to a receiver, which continuously records and displays glucose readings. It doesn’t completely replace finger pricking. Instead, the CGM requires calibrations throughout the day. But it does fill in the gaps and vibrates and makes all sorts of noise if glucose levels rise or fall beyond normalÂ or dangerous numbers.

A CGM is a fantastic improvement over relying on a handful of finger pricks throughout the day to manage glucose levels. The amount of information available and comfort in safety, knowing it can provide early warnings of potential dangers, can literally be a life-saver. But the receiver needs to stay within 20Â or so feet of the diabetic. This meant that when John dropped his diabetic son off at daycare, he had to rely on his son’s caregivers to understand diabetes and how to deal with the glucose readings and insulin dosing. He was cut off from the comfort of monitoring his son’s care. The lack of information was nerve-wracking.

John’s an engineer. He saw a problem and he thought that if heÂ could make life more like life without type 1 diabetes, he at least had to try.

CGM in the Cloud

Soon after getting the CGM, John hacked his way to pulling data from the CGM reciver using a Windows laptop and uploaded the data to Google Docs. He then wrote an app that could pull the data, allowing him to monitor his son’s glucose levels while his iPhone sat in a dock at work. However, John wanted to take itÂ to the next level. When his son wasn’t at home, the blood glucose data couldn’t be uploaded. To John, the times when his son was away from the house, like at school or at the neighborhood park, were the riskiest times for hypoglycemia to sneak up. John took a medical leave from work and laboredÂ through the challenges of making the CGM receiver talk to an Android phone via an app. ByÂ finding other people with the same passion via social media, John and and othersÂ were able to create Nightscout,Â an open source,Â DIYÂ project that allows real time access to a CGM from anything with Internet access and a screen.

I wouldn’t call the Nightscout setup simple, but it’s absolutely doable to any level of technical ability, and the support groups surrounding Nightscout are amazing. If you want more information on it, check out the website at nightscout.info. The group has put together a fantastic how-to, and if you follow the directions closely, anyone can get their CGM data in the cloud.

How it works is that the CGM reciever is connected to an uploader phone via an OTG cable, or Bluetooth with newer receivers. The user then sets up a database and website to upload the CGM data to. Then the website can be viewed anywhere.

Other individuals have contributed to the project as well. That includes like Stephen Black, who we mentioned in the beginning of this post. BlackÂ has created an app to pull data from the Nightscout website and use the information on phones and watches. Early in the CGM in the Cloud process, John CostikÂ got his hands on a Pebble. A Pebble app/watchface was created to pull data from the Nightscout website and voila, CGM data on the wrist. Now, not only will the CGM receiver be buzzing and making noise when glucose levels enter a potentially dangerous range, phones, computers, and smartwatches will be too.

If you follow the directions laid out on nightscout.info, the database and website can be setup and ran for free. The only costs will be the CGM, an OTG cable, an uploader phone, and data service. It’s not hard to find a Moto G (2013) these days for less than $40. You can buildÂ this setup for a pretty low cost.

The type 1 diabetic community that’sÂ embraced Nightscout and CGM in the Cloud has also embraced wearables. Just do a search of the hashtag “#wearenotwaiting” on Twitter or Instagram and you’ll see loads of posts and pictures of people who feel liberated to have this continuous flow of information wherever they are and wherever their diabetic is.

Level with me for a minute. Imagine sending your child that you love more than anything to school with diabetes, a potentially deadly condition if not treated properly. Without CGM technology and people like John Costik and Stephen Black, you would be counting on your child to be paying attention to how he or she feels and counting on the teacher to be paying attention to your child to make sure they don’t slip into a coma due to a severe hypoglycemic episode. But now, you can be wearing a Pebble, an Android Wear, or even an Apple Watch, something that’s always right there on your wrist, and you can glance down andÂ see your child’s glucose level. You can see how the glucose levels are trending. You can see that your child’s glucose levels are low and that they’re about to go to recess, where you know your child will be playing. Physical exercise can make glucose levels quickly drop. You can call the school and make sure your kid gets a sugary juice box before recess. You can avoid a potentially dangerous situation. Or, more commonly, you can just glance down at your wrist and know your child’s glucose levels are completely normal and feel good about it. You can relax.

I don’t have a diabetic child. I pray I never do. But I still use Nightscout. The convenience of having my glucose numbers on my wrist helps me to manage my diabetes better than I could before. I can prevent severe lows and am fully aware when my blood sugar is too high. I’ve also given my wife access to my CGM in the Cloud data. It gives her comfort to be able to see my glucose numbers when she wants. When she can’t get a hold of me on the phone, she can check my glucose levels from her phone, wherever she is, and know that I’m not dead.

I’ve seen numerous social media posts inÂ which this system has literally saved lives. Because the CGM data was so available, severe medical emergencies have been avoided. This is life-changing stuff. In this situation, smartwatches are being embraced and are making a big difference. I don’t think smartwatches are for everyone, but they can have major benefits, like always being there to feed you life-saving information at the flick of a wrist.

Are you happy that smartwatches are saving kids lives? Do you use Nightscout? Can you think of other use cases for smartwatches or wearables that can help make people’s lives safer or more like life without a disability or disease? If you want to learn more, check out the website, nightscout.info. If you want an amazing support group for Nightscout, check out the Facebook group, CGM in the Cloud. Let us know your thoughts and questions by commenting below!