A mobile with Windows Phone and Android? Microsoft what patents 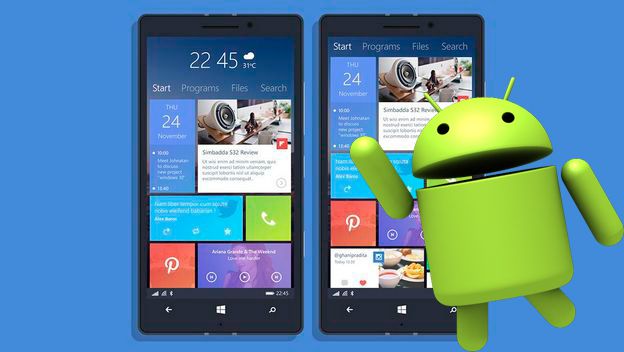 Microsoft has recently registered an important patent that could reshape the smartphone industry. So far, the company has been investing much time, effort and money on Windows Phone but without resulting in substantial benefits, even though the Windows Phone deviceshave great qualities.Â  Â

That is why many projects and patents of the Redmond company are destined to swell the rule of Windows Mobile operating system. Â Now, in particular, have known a very promising patent;Multi OS Boot , better known as ” multi-boot operating on mobile devices “systems .

This system may sound to you, and we have already seen something like a Windows Phone ROM 10 in a Mi4 Xiaomi Android , but this patent goes far beyond.

This system will, in the not too distant future, to run two operating systems on the same smartphone .Â  Multi Boot OSÂ  specially created to give a push to Windows Phone OS , it seems that fails to connect with the user, thanks to this new patent you can operate your mobile also with Android .

It is the new way that Microsoft has developed to combine multiple operating systems on a mobile device . This system will allow the user to select the firmware required to perform a particular task. That is, different tasks may be performed by different operating systems within the same terminal at the same time.

The Â Multi OS Boot will give users the ability to choose the system they want to boot to perform a certain function, even this patent is designed so that some parts of the operating systems that need not be stored on the device, tengn access Â through Cloud or downloaded from the web .

Microsoft may use thisÂ  Multi OS BootÂ  to run Android apps on Windows Phone devices , which give great options to developers who could participate in the development of applications for both systems.

Today, the idea of â€‹â€‹booting two operating systems on the same terminal is under “alpha” and still has a long way for the actual implementation. But certainly when it arrives it will be a revolution.

Apps and Windows Phone in the same mobile ? An idea interesting …